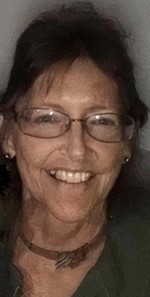 Virginia (Gyni) Ann Gable, 58, a resident of Seligman, Mo, passed away on November 8, 2020. She was born December 11, 1961 in Allentown, PA to Stephen and Anna Kovach. Gyni was preceded in death by her parents and loving husband, Michael Lee Gable.

Gyni graduated L.E.Dieruff H.S. in 1979. She moved to Arkansas, where she met & married her husband. After becoming a widow, she moved to Sundance Wyoming. Later returning to Pennsylvania & Arkansas followed by a final move to Missouri to be near her family. She was a long time employee of Deka & Walmart.

Friends and family are encouraged to join an outdoor remembrance to be held Sunday November 15th, 1:00 p.m. at Clark Pavillion, Lake Atalanta Park, Rogers, AR. In lieu of flowers, donations can be made to Hope Cancer Resources, Springdale, Arkansas in Gyni’s honor.