To share your memory on the wall of Rose Marie Jeffries, sign in using one of the following options:

Provide comfort for the family of Rose Marie Jeffries with a meaningful gesture of sympathy.

She was preceded in death by her parents and two brothers, Jack and Tommy.

A Celebration of Life service will be at Fellowship Bible Church in Springdale at 11 a.m. on Monday, April 29. Her earthly body will be interred at Fairview Memorial Gardens in Fayetteville, Arkansas.
Online condolences www.WestfieldChapel.com
Read Less

To send flowers to the family or plant a tree in memory of Rose Marie Jeffries, please visit our Heartfelt Sympathies Store.

Receive notifications about information and event scheduling for Rose Marie

We encourage you to share your most beloved memories of Rose Marie here, so that the family and other loved ones can always see it. You can upload cherished photographs, or share your favorite stories, and can even comment on those shared by others.

Foremans & Bouyeas, Lucy, Ben, Debbie, MaryLynn, ABCDE, and others have sent flowers to the family of Rose Marie Jeffries.
Show you care by sending flowers

Posted Apr 28, 2019 at 10:59pm
I was saddened by the passing of Mrs. Jeffries but am hay that she is in heaven with her savior!!!!!! I have several memories of her but one stands out, I was traveling to Liberty Baptist College (1976) with her, her son Richard and daughter Teri. During the night, it was my turn to drive and every few seconds she would wake u and ask me how I was doing. This went on for a while till I told her that she was waking up so often, she had no idea it was that soon or often. She really was a sweet lady and gave me a lot of good advice.
Comment Share
Share via:
HS

Flowers were purchased for the family of Rose Marie Jeffries. Send Flowers

Posted Apr 28, 2019 at 12:03am
Brother Gene and family,
We treasure sweet memories of this sweet lady and her captivating smile! Sending love and prayers. Thankful for that day when we all will be Home with Jesus! What a day that will be. Bro. Russell and Susie Adams
Comment Share
Share via:
FB

Posted Apr 27, 2019 at 08:51pm
Sending prayers and love for each one of you, so many precious memories at MaryAnn Baptist Church. We will see her again, when we see Jesus. Shirley Burton , St. Ann, Missouri 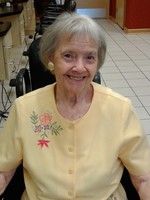 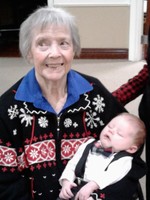 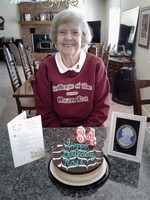