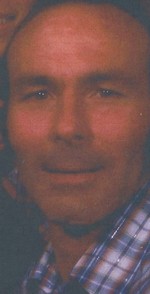 Ronnie 72 years 9 months and 1 day passed from this life on Tuesday, August 11, 2020 at home following a two-year long battle with Myelodysplastic Syndrome which morphed into Leukemia. Ronnie was a member of The Church of Jesus Christ of Latter-Day Saints, the American Legion, and other veterans organizations. Ronnie was born November 10, 1947 to Austin White and Margaret Irene McLain. Irene later remarried and Ronnie was adopted by Ralph McLain, they later divorced, as well. Ronnie attended school in various cities in the Rio Grande Valley of Texas before moving to Houston, TX where he joined the United States Navy on November 3, 1965. Following boot camp in Great Lakes, Illinois he was sent to San Diego and to Viet Nam. During the time he was on many Navy vessels and was wounded in action, presumed dead for 6 months before being properly identified. His medals include Vietnam Service medal, National Defense Service medal, Purple Heart medal, Vietnam Gallantry Award, Bronze Star medal, Silver Star medal, Vietnam Campaign medal, and a second Vietnam Service medal. Ronnie was a member of Seal Team 1, but those records and much of his service records were lost in a fire in Washington, D.C. Ronnie was released from active service on November 2, 1971 at Memphis Naval Air Station in Millington, TN where he was sent following his hospitalization for injuries received in Vietnam. He suffered with the pain from those injuries received the rest of his life, especially in his left leg and hip, which had been shattered. He carried pieces of shrapnel in his body which continued to work out of him until his death.
Ronnie worked in the oil fields of Texas while in high school, after the Navy, he worked as a truck driver, cotton picker driver, maintenance person for both casinos in Las Vegas and apartment complexes in Nevada, California, and Arkansas. He retired from Pinnacle Foods in Fayetteville, AR following a fall from a ladder while maintenance man there. He had his own computer building and repair service. McLain Computer Services. When his son was small, he took Johnny with him on the cotton picker as he went from Arizona to New Mexico and Texas following the cotton harvest. He raised Johnny with some help from his mother, but life was hard for a single man to raise a boy. There were times he could not afford a home and they slept in his Dodge van for months, but Johnny did not lack the necessities of life. After retirement, when Ronnie bought his home in Rogers, AR he used his Navy training to become a rescue diver for the Benton County Rescue Team until it was disbanded, and he then dove for Tri-County Search and Rescue, he had also been a rescue diver during his time in Las Vegas, diving in Lake Mead to rescue victims. He was happiest in the water and was a natural underwater swimmer from the time he began taking swimming lessons at the age of 6. As part of his time there he traveled to various states, following hurricanes to search and rescue for victims of those disasters. In March 2018, Ronnie was diagnosed with Myelodysplastic Syndrome, which morphed over to Acute Myeloid Leukemia as a result of being sprayed with Agent Orange in Vietnam. His sister moved into his home in March 2020 to care for him and take his to his appointments for care for Leukemia.
Ronnie was preceded in death by both his biological and adopted fathers, his mother, grandparents, and many aunts and uncles. Ronnie is survived by his son, John McLain and wife Samantha of Virginia Beach, VA, grandsons James McLain and Cody McLain both of Rusk, TX, and Joshua McLain of Virginia Beach, VA. His brothers, Rev Douglas White and wife Anita, of Whelen Springs, AR., Danny McLain and wife Martha and children Noah and Sarah of Magnolia, TX. His sister, Connie French, of the home. Nieces Debra Roberts and Marshall Upchurch of Belle Chasse, LA., Holly McKnight and husband, Kevin, of Prairie Grove, AR, and Sandra Roberts of Muskogee, Ok. He also has many great nieces and nephews, and great, great nieces and nephews, and cousins. Special friends Dr. Kerry Williams, Karen Langley, Shelley Lackey and the other staff from the Hematology/Oncology department of the Veterans Health System of the Ozarks, Charles and Anna Oliver of Rogers, AR and Lissa Davis of Albany, OR. Ronnie is also survived by his beloved dog, Coco, who was the best companion ever for him.
Honorary pall bearers Camden Roberts, Zachery Roberts, Kevin McKnight, Marshall Upchurch, Edward Hurd, and Charles Oliver. Pall bearers will be Veterans supplied by the American Legion.