To share your memory on the wall of Phillip Jefferson, sign in using one of the following options:

Provide comfort for the family of Phillip Jefferson with a meaningful gesture of sympathy.

We encourage you to share your most beloved memories of Phillip here, so that the family and other loved ones can always see it. You can upload cherished photographs, or share your favorite stories, and can even comment on those shared by others.

The Stanley family (Oriel, Sian, Gabbie, Binta, Va, Teri Flynn Melendez, and others have sent flowers to the family of Phillip Rayburn Jefferson.
Show you care by sending flowers

Guaranteed hand delivery by a local florist
AS

Posted Jan 16, 2020 at 09:52pm
I am so sorry to see Phillip leave us. I was fortunate to meet him a couple of years ago and visit for a little while. He remembered Mother (Estelle) , and me. My condolences to Sylvia, Charles, Ivan and Danny.
Anthony Sherrill
Comment Share
Share via:
TV

Posted Jan 16, 2020 at 01:42pm
Please accept our most heartfelt sympathies for your loss... Our thoughts are with you and your family during this difficult time.

Posted Jan 16, 2020 at 11:49am
Dear aunt Sylvia, Phil jr and Genia, My husband, Rick, and I are so sorry your loss. I know uncle Phillip loved his family very much. Love, Teri

Posted Jan 15, 2020 at 01:59pm
To my loving husband Phillip. Thinking of and loving you until we are reunited in Heaven. 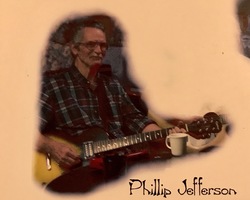