To share your memory on the wall of Michael Methe, sign in using one of the following options:

Michael was born in Kearney, Nebraska to Armond “Frenchie” and Evelyn Methe on December 9th, 1961. He graduated from Kearney High School in Kearney, Nebraska. He graduated college with a Bachelor’s Degree in Broadcast Engineering from the University of Denver. The highlight of his broadcasting career was with KWCH in Wichita, Kansas from 1986 through 2006. He then began his company BrainFreezeArt and later Gp Designs until his passing. He operated & supplied Kansas Gift Stores, amongst supplying multiple other gift stores across many states with his designs and creations.

Michael was a car and drag racing enthusiast. He had a passion for photography. You could find him by the race tracks photographing. His photography also extended to his love for nature and traveling, which had been successfully used to supply his retail business. If you were part of Michael’s life, you most likely have some sort of his creation that was gifted to you. Michael was a huge Nebraska Cornhuskers Football and Kansas University Jayhawks Basketball fan. He enjoyed music and attending concerts of all genres. You could find him behind the camera lens, in front of the computer screen doing graphic design and editing, bicycling, boating, traveling, or hanging out on the porch with Gloria and their dog Lucy.

Michael is survived by his fiancé, of 8 years, Gloria Pritchett of Springdale, Arkansas, one sister Evan and husband JB Kell of Medford, Oregon, a brother Vernon Beavers of Elm Creek, Nebraska, close cousins Jeff Methe of Wichita, Kansas, and Greg Methe of Kearney, Nebraska, many uncles, aunts, cousins, nieces, nephews, Gloria’s 3 children: Josh and wife Ashley Brown, Jarin and husband Luke Fiel, Jandi and husband Heath Clem, along with 14 grandchildren, 2 great grandchildren, and an endless list of incredible friends, whom he considered family. Special thanks to John Markus, whom has been a long time close friend and mentor.

Michael was an extremely generous, energetic, caring, talented person. There wasn’t a stranger he wouldn’t try to befriend. He will be greatly missed by family, friends, and colleagues.

He particularly had a heart for the homeless, so the family has established a memorial with the Union Rescue Mission of Wichita, KS; 2800 N. Hillside St, Wichita, KS

Burial will be in Kearney, Nebraska. Date to be announced.
Read Less

There are no events scheduled. You can still show your support by sending flowers directly to the family, or planting a memorial tree in memory of Michael Dean Methe.
Plant a Tree

We encourage you to share your most beloved memories of Michael here, so that the family and other loved ones can always see it. You can upload cherished photographs, or share your favorite stories, and can even comment on those shared by others.

Posted Mar 19, 2020 at 03:24am
I miss you more every day. Thank you for the wonderful memories, the trips, the love you had for me and my family. We all love you and miss you. Glorious.
Comment Share
Share via:
DC

Posted Mar 18, 2020 at 02:20am
Condolences to Mike's family!
Was a close friend from grade school, growing up a few blocks apart.
Scouts, Cars, Racing, CBs, the Huskers, all things we shared a love of, even getting grounded for riding our bicycles out to the dragstrip without permission at age 9!
Rest in peace!
Dean Carson
Kearney, Nebraska
Comment Share
Share via:
KH

Posted Mar 05, 2020 at 11:47pm
I am not a Cousin who has kept in touch over the years. My thoughts and prayers are with the family and friends who will miss him the most. May God bring you peace.
Kim Methe Hess, Cheyenne, Wyoming
Comment Share
Share via:
DM

Posted Mar 05, 2020 at 09:16pm
I am very saddened as to my Cousin Mike Methe’s passing. I would rekindle our family tues with Mike at the Kearney Family Reunions.
God Bless Mike, Family and Friends.
David J. Methe and Family, Savannah, Georgia
Comment Share
Share via: 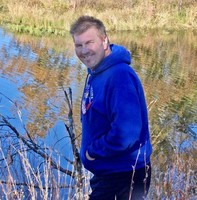 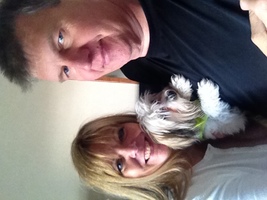 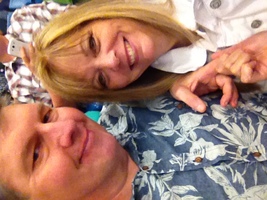