To share your memory on the wall of John McManus, sign in using one of the following options:

To send flowers to the family or plant a tree in memory of John J McManus, please visit our Heartfelt Sympathies Store.

Receive notifications about information and event scheduling for John

You will receive any future notification messages.
Print

We encourage you to share your most beloved memories of John here, so that the family and other loved ones can always see it. You can upload cherished photographs, or share your favorite stories, and can even comment on those shared by others.

Posted Sep 23, 2019 at 10:31pm
I will always remember John's sense of humor. I had the pleasure of his visit to my home in Oregon and remember how easy it was to host him...he was gracious and so entertaining! I recall he had a great singing voice too! Most importantly he was married to one of my favorite aunts...her love and care for him is admired and respected. My love and her sister's love go out to you Jeanette!
Comment Share
Share via:
HS

Flowers were purchased for the family of John McManus. Send Flowers

Posted Sep 23, 2019 at 09:41pm
Please accept our condolences from afar...we love you and cherish memories of John! Ruth Mahin and her children, Jim, Denise, and Renee

Flowers were purchased for the family of John McManus. Send Flowers 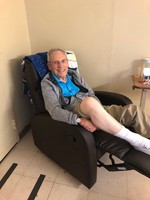 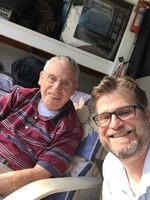 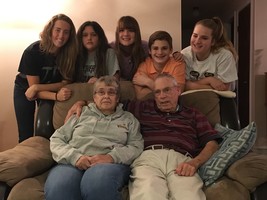