To share your memory on the wall of Jerry Rogers, sign in using one of the following options:

Provide comfort for the family of Jerry Rogers with a meaningful gesture of sympathy.

Jerry is survived by his wife of 46 yrs., Michelle Mullin Roge... Read More
Jerry Carmin Rogers, Sr. age 77 of Siloam Springs, Arkansas passed away on August 21, 2019. He was born in Upland, Indiana to Jesse Orlif Rogers and Beatrice Stinson Rogers.


Jerry loved being a mechanic and working on cars and tractors. He spent several years living on a farm and working as a farmer near Upland, Indiana. He enjoyed cars and had a new one almost yearly. He took pride in a huge collection of model cars, trucks and tractors which he loved.

Funeral services are pending. Burial will be at Gardens of Memory, Marion, Indiana

In lieu of flowers donations can be made to www.nwatailwaggers.org
Online Condolences www.westfieldchapel.com
Read Less

We encourage you to share your most beloved memories of Jerry here, so that the family and other loved ones can always see it. You can upload cherished photographs, or share your favorite stories, and can even comment on those shared by others.

The Draper Family, Michael, Megan, and Logan. sent flowers to the family of Jerry Carmin Rogers.
Show you care by sending flowers 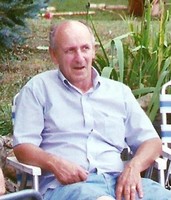