To share your memory on the wall of James Hughes, sign in using one of the following options:

J.D. graduated from Riverview High School, Class of 2013. A few short years after graduation he fell in love with his beautiful wife, Roni. They Married in 2015 and have two handsome sons. He loved doing anything from hunting and fishing to spending time with friends and family. He was a beloved husband, father, son, brother and uncle. He also became an Ordained Minister and was lucky enough to preform one wedding before his passing. He always had a silly, upbeat personality and you would rarely catch him in a bad mood.

To send flowers to the family or plant a tree in memory of James Douglas Hughes, please visit our Heartfelt Sympathies Store.

Receive notifications about information and event scheduling for James

We encourage you to share your most beloved memories of James here, so that the family and other loved ones can always see it. You can upload cherished photographs, or share your favorite stories, and can even comment on those shared by others.

Aunt Lilah Trice and The Price Family sent flowers to the family of James Douglas Hughes.
Show you care by sending flowers

Guaranteed hand delivery by a local florist
AT 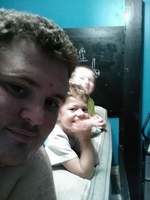 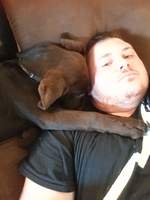