To share your memory on the wall of Gwen Rogers, sign in using one of the following options:

Gwen devoted herself to her children and grandchildren, and they were the light of her life. After returning to school later in life and earning her degree at U of A, she became a business instructor at Northwest Technical Institute, where she was committed to her students.

The family would like to thank Gwen’s dear friend, Carol Misenheimer, for her love and support through the years, especially as she battled dementia.
Read Less

To send flowers to the family or plant a tree in memory of Gwen Rogers, please visit our Heartfelt Sympathies Store.

Receive notifications about information and event scheduling for Gwen

We encourage you to share your most beloved memories of Gwen here, so that the family and other loved ones can always see it. You can upload cherished photographs, or share your favorite stories, and can even comment on those shared by others.

Posted Dec 11, 2018 at 08:55am
Saddened to hear of your loss. Death is an enemy we all have in common. We look forward to the time when death is swallowed up. (Isaiah 25:8), sickness is no more (Isaiah 33:24)and our loved ones asleep in death are restored back to life. (Acts 24:15) Promises soon to be fulfilled.... “Do not be amazed at this, for the hour is coming in which all those in the memorial tombs will hear his voice and come out, those who did good things to a resurrection of life, and those who practiced vile things to a resurrection of judgment.” - John 5:28,29 May these promises bring you comfort and hope.

Posted Dec 10, 2018 at 01:54pm
MISSEY AND TOMMY, WE SOLD OUR HOME ON DEE STREET TO YOUR MOTHER AND YOUR FAMILY 1968. OVER THE YEARS, MISSEY WAS A CLASSMATE TO HOLLY AND RHONDA HARRISON THRU THE SPRINGDALE SCHOOLS SYSTEMS. WE HAVE FOND MEMORIES OF YOUR FAMILY AT CHURCH AND AT HOME. I JUST LEARNED TOO LATE OF YOUR MOTHER'S CONDITION...LATER PASSING. WE ALL PRAY FOR COMFORT FOR THE EXTENDED FAMILIES.
Comment Share
Share via:
TH

Posted Dec 04, 2018 at 04:44pm
I worked with Gwen in Kansas City 30 years ago and we became good friends there. I will always remember going to lunch with her or to the company Christmas party. I was sad to see her retire but still kept in touch. We had always talked about moving back to Arkansas to retire. She came back first then my family and I followed a few years later. I would always visit her during Bikes & Blues and she was so glad to see me hear about other coworkers still in KC. We would talk and joke for hours about the good old days. I will miss her dearly but she is in a better place now. My deepest sympathy and condolences to the family for your loss.
Comment Share
Share via: 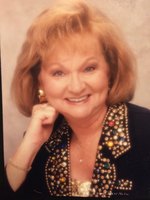 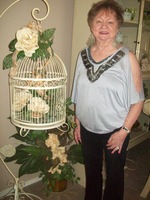