To share your memory on the wall of Evangelia Dooley, sign in using one of the following options:

Making many new friends and enjoying her later years gardening, fishing, and socializing.
She was a strong, independent, determined woman. A good mother, a good soul, she was loved, and will be missed.
She is survived by her sisters: Katerina, and Maria. Their children: Ion and Christina, Panagiotis, and Kelly, of Athens Greece. And her son, Thomas Dooley of Fayetteville.
A Celebration of Life will be held at a later date.

To plant a memorial tree in honor of Evangelia Dooley, please visit our Heartfelt Sympathies Store.

Receive notifications about information and event scheduling for Evangelia

There are no events scheduled. You can still show your support by sending flowers directly to the family, or planting a memorial tree in memory of Evangelia Dooley.
Plant a Tree

We encourage you to share your most beloved memories of Evangelia here, so that the family and other loved ones can always see it. You can upload cherished photographs, or share your favorite stories, and can even comment on those shared by others.

Posted Aug 04, 2020 at 06:06pm
I have so many good memories of Lea. All the cookouts, birthdays,and holidays we spent together. I always enjoyed listening to her stories about the past. We could yak it up. I will miss her deviled eggs and desserts, and those cookies Yum! She had a way with plants l envied, what a green thumb. I will miss her. She was a strong independent women that raised a fine son. She amazed me in all the hardships she overcame and how she made her American dream come true. Lea Rest In Peace. Tom I am always here for you , Love to you both.💕💗💕
Comment Share
Share via:
BN

Posted Jul 30, 2020 at 12:54pm
Lea Dooley is what you call a scratch biscuit !
A single mom that made a career. Raised a good son and followed her heart. I never got to meet her Arkansas family but was blessed to have her keep an eye on me when I was a young in. When my single mom was terminally I'll lea put her arms around me and said dont worry your mother's not scared do die she's just sad she's gonna miss you boys
That was the day I was saved. I love her dearly. And think of her often. I'm gonna plant a citrus tree . Bear creek Bob
Comment Share
Share via:
TD

Posted Jul 28, 2020 at 12:19pm
Tom,
I am so sorry to hear of loss of your sweet momma. She was such a spitfire! I enjoyed getting to know her over these last several years and I know what a special bond the two of you shared. Please know you are in my thoughts and prayers!
Comment Share
Share via:
JT 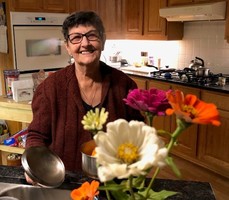 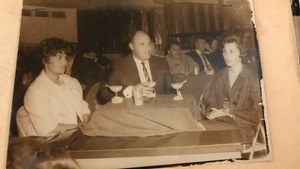 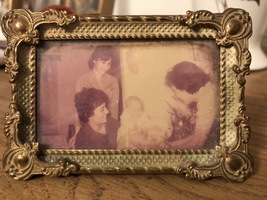