To share your memory on the wall of Debora Benton, sign in using one of the following options:

Debbie made her life-long home in Springdale, Arkansas graduating from Springdale Senior High School in 1974. She briefly attended the University of Arkansas before joining the workforce at Easco Handtools. During her long tenure with Easco, Debbie gave birth to her only child, Jacqueline (Jackie) Benton. Shortly after, she transitioned to Victor Manufacturing and then onto JB Hunt in 1996. Debbie continued to work for JB Hunt for nearly 24 years.

She was a hard working, fiercely loving and brutally honest person, and most everyone loved her for it. Debbie always tried to brighten the day of everyone around with her charm, wit and sarcasm.

Debbie is survived by her daughter Jackie Benton-Myers (Matthew) and step-grandson Zachary.

The family has chosen to honor her request that no services be held.
Read Less

Receive notifications about information and event scheduling for Debora

There are no events scheduled. You can still show your support by sending flowers directly to the family, or planting a memorial tree in memory of Debora Lyn Benton.
Plant a Tree

We encourage you to share your most beloved memories of Debora here, so that the family and other loved ones can always see it. You can upload cherished photographs, or share your favorite stories, and can even comment on those shared by others.

Posted Jul 27, 2020 at 05:55pm
Jackie, I’m so sorry this is late but I just found out about your mother’s passing. I am just heartbroken for you! Debbie and I worked together in her early days at JB Hunt and still crossed paths from time to time. She was a rare and special person and a joy to be around. I always appreciated her honesty and strength I remember her always being so very proud of you. I was honored to know your mom and saddened by her loss. I will remember her fondly
Comment Share
Share via:
JM

Posted Jun 08, 2020 at 12:57pm
Jackie, I am so sorry for your loss. Debbie and I worked together for several years at JBH. You could never sneak anything past her. She knew her stuff and would call you out if it was wrong :-) She was a great lady and she will be very missed.
Comment Share
Share via:
MW

Posted Jun 05, 2020 at 09:29am
I worked with Debbie for many years. She knew everything and would help out anyone. When she started working from home more often she said that it was much easier than coming into the office because everyone wanted to talk to her, just to talk, and she didn't get anything done. She was a very hard worker. Debbie got a puppy from me several years ago and she loved that dog and would always tell me stories about her when we talked. It didn't matter if it'd been several month since we'd talked it was always like it was yesterday. She always wanted to catch up on my kids and grandkids and would update me on Jackie and Roxie. I messaged Debbie the Thursday before her passing and she replied, "Hey, off work very sick, I'm sorry". That was the last time we talked. She will be missed greatly. RIP my friend.
Comment Share
Share via:
KE

Posted Jun 02, 2020 at 08:59pm
I realize this is late but I just found out that your mother passed. I am so sorry. We did not talk often but she would be on my mind and I would call her when I was working at JBH but since retiring a year ago those call had not happened. Jackie I know you will miss her but we all know she is in a better place and has no problems now. She has a new body, no aches or pain. My prayers are with you for your peace and comfort.
Comment Share
Share via:

It’s never too late. Thank you so much for your kind words. - Jackie
SJ

Posted Jun 01, 2020 at 01:43pm
I had the pleasure of working with Debbie many years. She was such a great lady. She was tough as nails, but has a heart of gold. Prayers for the family. Rest in peace precious lady. Susan Jordan
Comment Share
Share via: 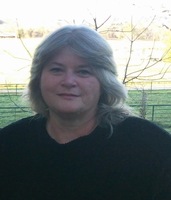 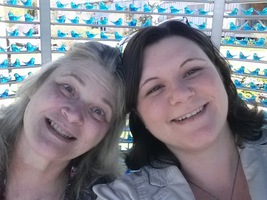 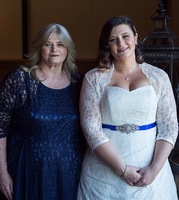