To share your memory on the wall of David Craig, sign in using one of the following options:

David is survived by his children son Noah Craig of Lowell, AR; his daughter Ashley George of Springdale, AR, and step-daughter Shelly Mayfield of Tontitown, AR. and by his grandchildren Kaitlyn, Charlie, Misty, David, Briley and Jayleigh, and even some great-grandchildren. His ex-wife’s Janet Craig of Tontitown AR and Karen Rouse of Miami OK; His mother Vada Compton of Akron, OH; His siblings brothers Ronald Craig and wife Cindy of Eugene of OR, Roy Craig and wife Glenda of Burlington WA, Donald Craig of WA, Gary Craig his sisters Linda Rosales and husband Gary of Sacramento of CA, Suzie Matney of Grant Pass OR, Joan Lamar and husband Paul of Akron OH; numerous of nieces and nephews he loved so much!!

Receive notifications about information and event scheduling for David

There are no events scheduled. You can still show your support by sending flowers directly to the family, or planting a memorial tree in memory of David Kelly Craig.
Plant a Tree

We encourage you to share your most beloved memories of David here, so that the family and other loved ones can always see it. You can upload cherished photographs, or share your favorite stories, and can even comment on those shared by others.

Plant a Tree in Memory of David
Plant a tree 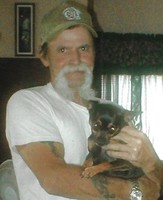