To share your memory on the wall of David Calvert, sign in using one of the following options:

Receive notifications about information and event scheduling for David

There are no events scheduled. You can still show your support by sending flowers directly to the family, or planting a memorial tree in memory of David Michael Calvert.
Plant a Tree

We encourage you to share your most beloved memories of David here, so that the family and other loved ones can always see it. You can upload cherished photographs, or share your favorite stories, and can even comment on those shared by others.

Posted Jun 14, 2020 at 10:45am
David was one of the most honorable people I’ve ever known. A skilled craftsman who gave more effort than he ever billed, a man of deep sensitivity and faith. May your Father welcome you home. RIP my friend.
Comment Share
Share via:
JW

Thank you for the kind words, Sid. David spoke highly of you and often. — Jean Walker (his sister) 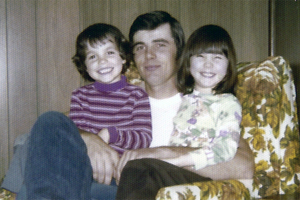