To share your memory on the wall of Curtis Dawson, sign in using one of the following options:

Curt was born on November 9, 1946 we believe in Piggott, AR since both his brothers were as well, but no one can be certain. He stayed in the Northeast, AR area until he moved to Conway to attend UCA. While getting his Master Degree in Psychology in 1976 he met the love of his life and much younger (9 years his junior), Donna McCorkle. They had one precious, rebellious, independent and doting daughter.

Curt spent nearly 30 years at the City of Little Rock in Human Resources, after "retirement" he became a full-time Uber driver and cheerleader for his grandkids, Eden and Landon and handyman and housekeeper for Donna, Tiffany and David. Curt's personality and demeanor meant that he made new friends everywhere he went, most frequently at Walmart and Walgreens!

Curt was a lover of life, to see him without a smile was rare. He loved his family (including fur babies) more than any man could and did just about anything they ever needed.

To send flowers to the family or plant a tree in memory of Curtis Perry Dawson, please visit our Heartfelt Sympathies Store.

Receive notifications about information and event scheduling for Curtis

We encourage you to share your most beloved memories of Curtis here, so that the family and other loved ones can always see it. You can upload cherished photographs, or share your favorite stories, and can even comment on those shared by others.

Michael & Whitney Wray, Jenny Ledbetter & Brad Cress, and other have sent flowers to the family of Curtis Perry Dawson.
Show you care by sending flowers

Posted Dec 16, 2019 at 03:03pm
Curt was a wonderful man and I will always remember how kind he was. I am so glad I met him while working for the city and the sound advice he shared with me on several occasions. i am sorry for your loss, may your memories fill your hearts with joy and celebration of Curt's life.

Posted Dec 14, 2019 at 11:18am
Donna, Our thoughts and prayers are with you and your family during this difficult time. Love, Steve, Lisa, Austin, Braden, and Clayton.

Posted Dec 14, 2019 at 09:00am
I still can remember pledging under Curt while we were in college. A great guy then and I am sure the same as his family grew. Condolences to the family.
Comment Share
Share via:
TG

Posted Dec 13, 2019 at 08:03pm
Curt and I worked together for many years at the City of Little Rock. Curt was a very loyal, faithful, kind, considerate co-worker. He was a true professional and was well-respected throughout City Government and with those with whom he worked outside of City Government. His passing, much too soon, leaves a vacuum in the lives of all who knew him. He was an old and dear friend.
Temperlene Grissom-Smith 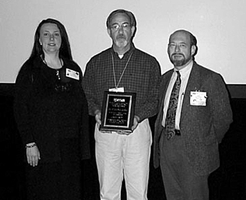