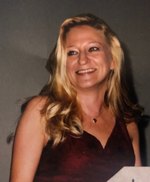 Celisa Gail Helmer (July 4, 1970 - September 3, 2019)
“I would rather have 30 minutes of wonderful, than a lifetime of nothing special.” - Shelby Eatenton Latcherie (Steel Magnolias)
Celisa Helmer, the enigmatic force of nature we were graced to know as mother, sister, daughter and friend, passed away Tuesday, September 3, 2019, at her home in Waipahu, HI. She was 49 years old.
Celisa was born on July 4, 1970, in Oak Grove, LA, where she spent many childhood summers with family. Growing up primarily in Monroe, LA, Celisa attended Ouachita Parish High School before graduating from Louisiana Tech University with a nursing degree
Driven by an indomitable and unbridled spirit, Celisa left an indelible mark on every person she met. Her magnetic personality and extemporaneous style could light up any situation, and her personable approach attracted a diverse circle of friends who quickly became extended family. Music was a cornerstone of her life, and Celisa relished incorporating her favorite movie quotes into everyday conversation.
Celisa is survived by three daughters, Jaden, Raleigh, and Mena Anderson, brother Matthew Helmer, sister Erin Helmer Tarver, mother Frances Kellebrew, father Bill Helmer and stepmother Jean Helmer, and several nieces and nephews. She also is survived by half-sister Dallas French, stepsisters Rhonda Baker and Donna Blackett, and friends and family from the South to Hawaii and around the globe.

A Celebration of Life will take place Tuesday, Sept. 17, at 6 p.m. at Rooted Church, 2707 Church Street, Johnson, AR. In lieu of flowers, the family has established a fundraiser to benefit the Northwest Arkansas Women’s Shelter.
https://www.facebook.com/donate/490475411530373/?fundraiser_source=external_url