To share your memory on the wall of Carolyn Baxter, sign in using one of the following options:

Receive notifications about information and event scheduling for Carolyn

There are no events scheduled. You can still show your support by sending flowers directly to the family, or planting a memorial tree in memory of Carolyn Rae Baxter.
Plant a Tree

We encourage you to share your most beloved memories of Carolyn here, so that the family and other loved ones can always see it. You can upload cherished photographs, or share your favorite stories, and can even comment on those shared by others.

Posted Dec 15, 2018 at 02:39pm
Sending condolences to the family. Death is an enemy we all have in common. We look forward to the time when death is swallowed up. (Isaiah 25:8) and our loved ones asleep in death are restored back to life. (Acts 24:15) A promise soon to be fulfilled. “Do not be amazed at this, for the hour is coming in which all those in the memorial tombs will hear his voice and come out, those who did good things to a resurrection of life, and those who practiced vile things to a resurrection of judgment.” - John 5:28,29 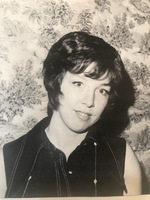