To share your memory on the wall of Bobby Hinton, sign in using one of the following options:

Bobby was a lover of Cubs baseball, his children, grandchildren and great-grandchildren and his numerous family friends. He served donuts from his workbench at Houchin’s Donuts for 48 years. He was always up for a game of cards, fishing, and a good cup of coffee. He never met a stranger and was always known for a good joke. He loved his life and lived with no regrets.

Bobby is survived by his daughters and son-in-laws, Cindy & Charlie Dyson and Kathy & Brian Lake; his grandsons John & Tammy Brown, who he helped raise and Oliver Dyson, Shiloh Dyson and Billy Dyson; and his great-grandchildren, Chance Fajardo, Samantha Bramlett, Logan Brown, Jacob Brown, Koby Brown, Kendall Hinton, and Zachary Brown. He is also survived by his brothers, Curtis Hinton and JD Hinton and many friends, donut customers, and church family. He is proceeded in death by his mother and father, his wife, his grandson Jack Brown, his great-grandson, Tyler Lake, and nine brothers and sisters.

Bobby believed that he lived his best life and wanted to be remembered for the good he left in this world. He wanted his life to be celebrated, not mourned. In honor of his life, a celebration service will be held on Saturday, September 26, 2020 at 3:00 pm at the Sikeston First Assembly of God Church. Fellowship to follow in the church gymnasium.
Read Less

To send flowers to the family or plant a tree in memory of Bobby Elmer Hinton, please visit our Heartfelt Sympathies Store.

Receive notifications about information and event scheduling for Bobby

We encourage you to share your most beloved memories of Bobby here, so that the family and other loved ones can always see it. You can upload cherished photographs, or share your favorite stories, and can even comment on those shared by others.

Department of World Languages, University of Arkan, Rainey twins, and other have sent flowers to the family of Bobby Elmer Hinton.
Show you care by sending flowers

Posted Sep 21, 2020 at 10:45am
With our sympathies for the family and our dear colleague Kathy Lake, and with caring thoughts.

Department of World Languages, University of Arkan purchased the Peaceful White Lilies Basket and planted a memorial tree for the family of Bobby Hinton. Send Flowers

Posted Sep 21, 2020 at 09:49am
What a precious man ! You will be in our hearts forever! We are so looking forward to spending eternity with you!! All our love. Rainey twins family

Rainey twins purchased the Love's Tapestry and planted a memorial tree for the family of Bobby Hinton. Send Flowers

Posted Sep 20, 2020 at 05:14pm
We cherish our memories of Bobby, a beloved brother and uncle! Much love, Curtis Hinton, Cheryl Hooks, Cathy and Dan Pope, Curt and Robin Hinton 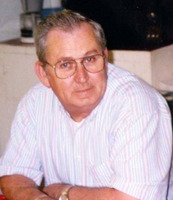