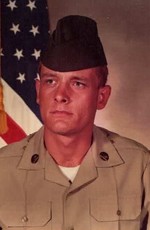 Billy Amos Thompson , 61, of Springdale, Arkansas , died Saturday, November 21st, 2020. He was born September 26, 1959 in Rogers, Arkansas to Billy Ray and Edna Mae Thompson. Billy is preceded in death by his father, Billy Ray Thompson. Billy is survived by his mother, Edna Mae Thompson of Springdale, AR; brothers, Bobby Thompson of Springdale, AR., Bryan (Christy) Thompson of Georgia, Steven (JoAnn) Thompson of Texas; sisters, Alesia (Rick) Treat of Mountain View, AR., Sherry (John) Phillips of Branson, MO., Susan (Earl) Warder of Springdale, AR.; several nieces and nephews who he treasured and gave many of their nicknames that stuck with them. He was the one who taught his siblings, nephews and nieces how to drive and swim. His method was simple sink or swim. Billy had a way with words, he could take a simple word and make it into something totally unidentifiable and funny and every one understood. His last years were made possible by his mother who was his nurse, chef, maid or whatever he needed. His brother, Bobby helped her with his care.. He was a great son, Big brother, and uncle, who will be greatly missed.
Online condolences www.WestfieldChapel.com